History, reviews and so much more…

Check out our guide books and apps for Oahu, Maui, Kauai and the Big Island.

Kamehameha is well known throughout Hawaii and beyond, some historians refer to him as a Nepoleanic figure, since he is credited with uniting and bringing peace to the islands. His history is shrouded in myth and legend. Since Hawaiians had no written language, even Kamehameha’s birth year is a mystery, although with a little educated guessing scholars have been able to narrow it down, and generally somewhere around 1750 (plus or minus ten years) is accepted as accurate.

Kamehameha’s story begins even before he was born, when a prophecy said he would become a killer of kings. Naturally, this didn’t sit well with the current kings who sent raiders to kill the newborn, obviously unsuccessfully. It was also said that while pregnant, Kamehameha’s mother had cravings for the eye of a chief…if that ain’t a prophecy of power, we don’t know what is.

Although Kamehameha was born into a noble caste called “Wohi”, there were three castes higher than his. Combine that with his dark complexion (a feature that was considered to imply status) and the rumored question of his paternity, and this might explain why, as a young man, he grew up tough and quick to defend himself.

Even as a child, Kamehameha was a staggering figure to behold. He loved to surf, and back in the ancient days surfing wasn’t on these light epoxy boards you can fit under one arm. Kamehameha had giant tree trunks twice as tall as he was that he had to lug out to the ocean. If you’ve tried your hand at surfing, just imagine how exhausting paddling around basically a whole tree would be! 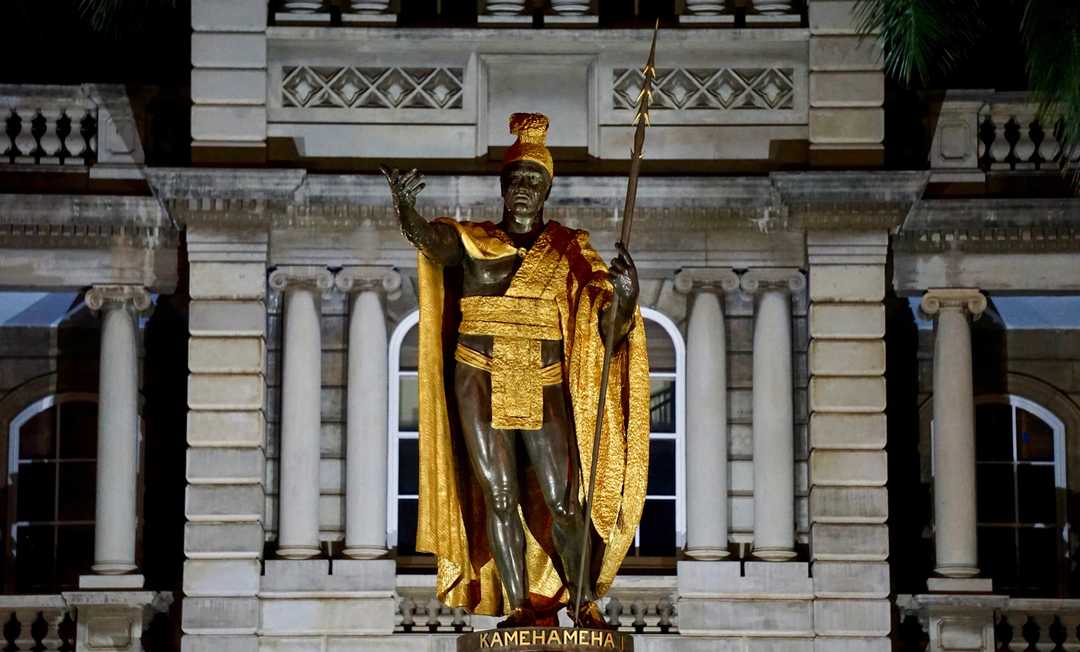 He was also an accomplished spear thrower, dodger, and catcher. It is rumored that throughout his rule he would have some of his best warriors surprise him at random times, throwing spears so he was always kept sharp and ready to defend himself.

Strong, talented and at about 6 foot 6, Kamehameha not only had the mental acuity to rule but the fearsome physical stature to intimidate. He is widely celebrated throughout the islands and beyond, you will see statues built in his likeness, streets named for him and many more references to his rule.