THE HULA: A (VERY) BRIEF HISTORY

Like learning about Hawaii? We have guide books and apps for Oahu, Maui, Kauai and the Big Island.

Find out where to get the best mai tais, which hikes are must-dos and so so much more.

The hula evolved as a means of worship, later becoming a forum for telling a story with chants (called mele), hands and body movement. It can be fascinating to watch. When most people think of the hula, they picture a woman in a grass skirt swinging her hips to the beat of an ‘ukulele. But in reality there are two types of hula. The modern hula, or hula ‘auana, uses musical instruments and vocals to augment the dancer. It came about after westerners first encountered the islands. Missionaries found the hula distasteful, and the old style was driven underground. The modern type came about as a form of entertainment and was practiced in places where missionaries had no influence. Ancient Hawaiians didn’t even use grass skirts. They were later brought by Gilbert Islanders.

The old style of hula is called hula ‘olapa or hula kahiko. It consists of chants and is accompanied only by percussion and takes years of training. It can be exciting to watch as performers work together in a synchronous harmony. Both men and women participate, with women’s hula being softer (though no less disciplined) and men’s hula being more active. This type of hula is physically demanding, requiring strong concentration. Keiki (children’s) hula can be charming to watch as well. 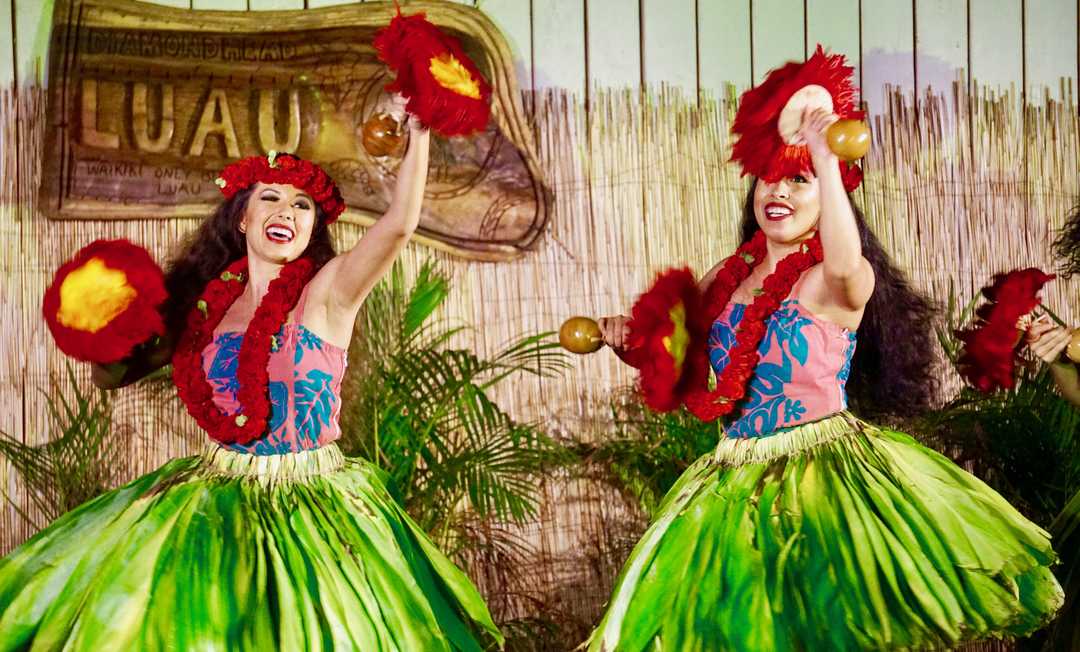 The world’s best gather each year in Hilo for a week starting the first Thursday after Easter Sunday for the Merrie Monarch Festival (named after the 19th-century king credited with reviving the hula). Tickets are often hard to come by if you wait too long. Visit their website for ticket info if you’re in town for it. Otherwise, check it out on TV. It will utterly dazzle you.