A beautiful note from our author.

Read here. A lot of people are curious to know exactly what is going on in the Aloha State in the wake of the recent natural disasters. There’s no doubt that the islands of Kaua‘i, O‘ahu, and the Big Island have received the most press. Recent floods on O‘ahu and Kaua‘i’s North Shore have greatly impacted a number of communities, but the flood waters have since subsided and the long process of clean up has begun. That being said, O‘ahu was quick to go back to its normal pace (which can still be hectic). On Kaua‘i, only the North Shore past Hanalei is currently not accessible to visitors. Even the volcano on the Big Island is directly affecting a relatively small area of the island. The vast majority of the state is operating normally, and happily welcoming visitors.

What About the Hawaii Volcano eruption 2018?

Madame Pele is definitely awake. The Big Island of Hawai‘i is growing and the people living along its southeastern flanks that are feeling the brunt of the pains. The situation is changing daily, and just when we think things could be quieting down, another fissure opens up and the evacuation areas are expanded. This is a serious event and the people–residents and emergency crews alike–that are in the path of destruction need space and support to ensure things go as smoothly as can be hoped for. 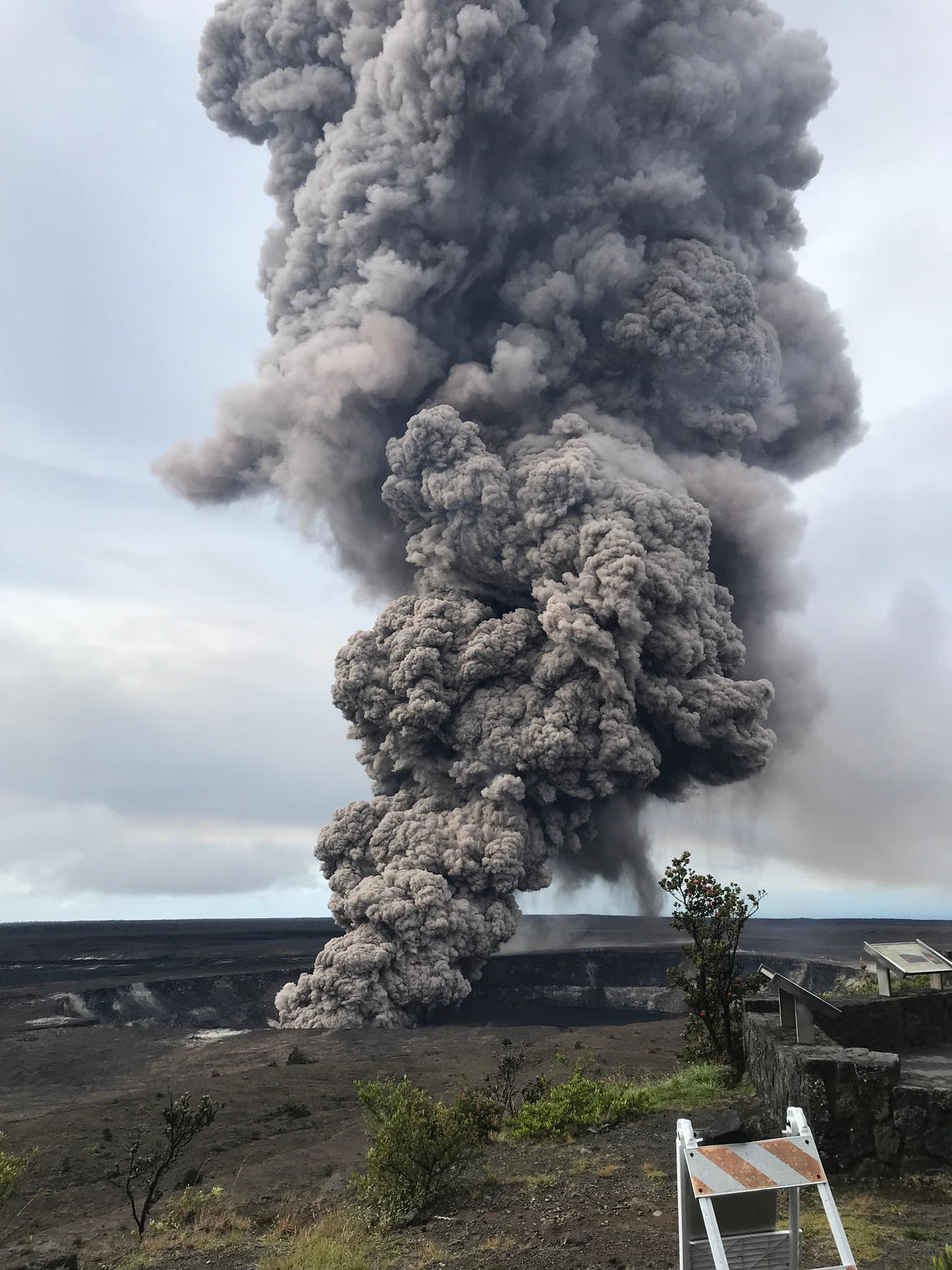 Image source: USGS Hawaiian Volcano Observatory (HVO) – Hawaii Volcano Eruption 2018 News reports on the volcanic eruption have done a good job of capturing the world’s attention, but some important details are still being left out. While we don’t know the full extent of how this will directly affect the Big Island, most of what is happening is restricted to a relatively small area–the volcano crater, Hawai‘i Volcanoes National Park, the neighboring town of (the appropriately named) Volcano Village, and the southeastern part of the island known as the Puna district (i.e. where the lava is). Everywhere else in the state, from South Point to Hawi, Kona to Hilo, Honoka‘a to Waimea, is not directly impacted by the volcano eruption. Businesses are open, air travel continues as scheduled, and people are going about their vacations across the Big Island and the rest of the state. We have received a lot of messages from readers that are afraid they’ll need to cancel their upcoming Hawaiian vacations. Although Hawai‘i is facing some challenges at the moment, it is still safe to travel to and we encourage everyone to keep their travel plans in place.

The situation has reached the point where Hawai‘i Volcanoes National Park has announced they will be closing on Friday, May 11th until further notice. The potential for an explosive eruption–one that sends out smoke, ash and debris–has increased and kept people away from these dangerous events has become their top priority. At this point in time, there is no way of telling when this will occur and how big of an explosion it could be. Here’s what you need to know about the potential effects:

Of all the events associated with the volcano, earthquakes have the biggest potential to upend daily life on the Big Island. The largest so far was a magnitude 6.9 that occurred on Friday, May 4th. That one was so big that it was felt all the way on Maui. There were also many smaller earthquakes leading up to it, and there have been a lot of smaller aftershocks since. All of these originated near the volcano itself and many of the smaller ones are only felt by those in the immediate area–not across the entirety of the island. Earthquakes are a part of life in the so-called Ring of Fire–that large swath of volcanically active spots around the Pacific Ocean.

There’s a pretty good chance the crater within the national park, Halema‘uma‘u, will experience an explosive eruption (May 2018). This is due to the crater floor and lava dropping far enough below ground, below the groundwater level, plus the mixture of water and high temperatures creating steam. The walls of the crater collapse blocking the steam from escaping. Pressure builds to the point that an explosion happens, sending rock, debris, ash and steam into the air. (A similar event happened in May of 1924 that gives us an idea of what to expect.) It’s estimated that the radius of this debris could be around 2 miles from the crater and is the reason the park has been closed. Unless you’re in very close proximity to the volcano (which you wouldn’t be anyway because of the closures, right?), the chance of a boulder being thrown your way is pretty slim.

This side effect of a volcanic eruption has the greatest potential to disrupt things across all of the neighboring islands. Historically, ash sent into the air from Kilauea’s eruptions has only affected those communities in relatively close proximity–Hilo, Puna, and areas around South Point. But the winds have a big influence on where and to what extent the ash falls. Disruption of air travel could be possible if enough ash is thrown into the air (ash from a volcano in Alaska caused flight delays back in 2016). Air quality definitely goes down with ash in the air and those with breathing problems will feel these effects the most. 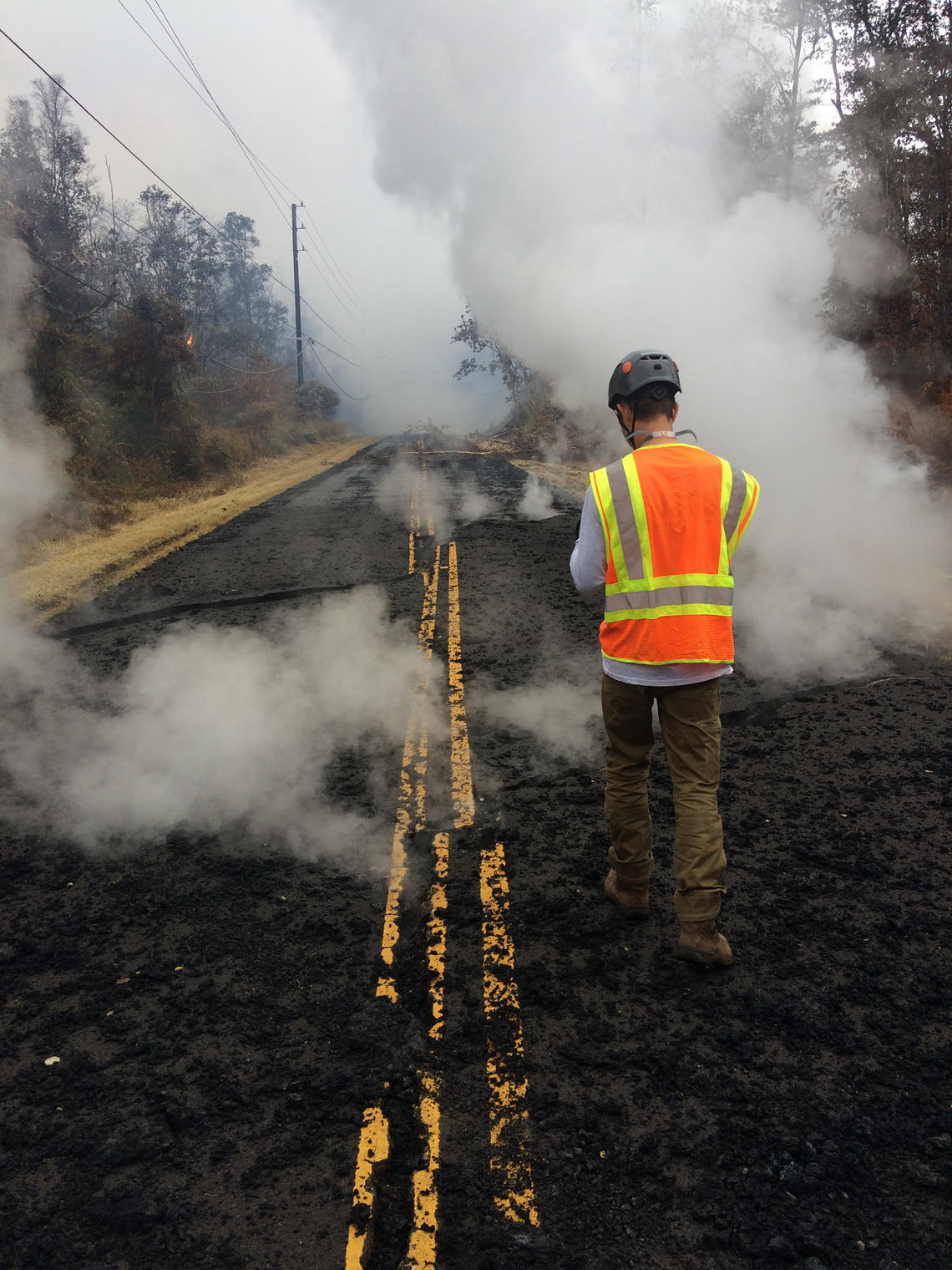 Image source: USGS Hawaiian Volcano Observatory (HVO) – Hawaii Volcanic Eruption 2018 Sulphur dioxide to be precise. This gas is associated with eruptions in Hawai’i and is one of the biggest reasons the communities in the Puna-area have been evacuated. When the cracks, or fissures, open up in the ground and this gas escapes, it can have detrimental effects on the health of anything that is exposed to it. It is deadly in large concentrations but even the small amounts in the air can make for nasty, but tolerable, conditions. (Frequent visitors to the state will probably be familiar with “vog” and how it can feel like a bad case of hay fever). In general, you only need to be concerned about toxic gases if you’re right next to a vent or fissure where the gas is coming out. 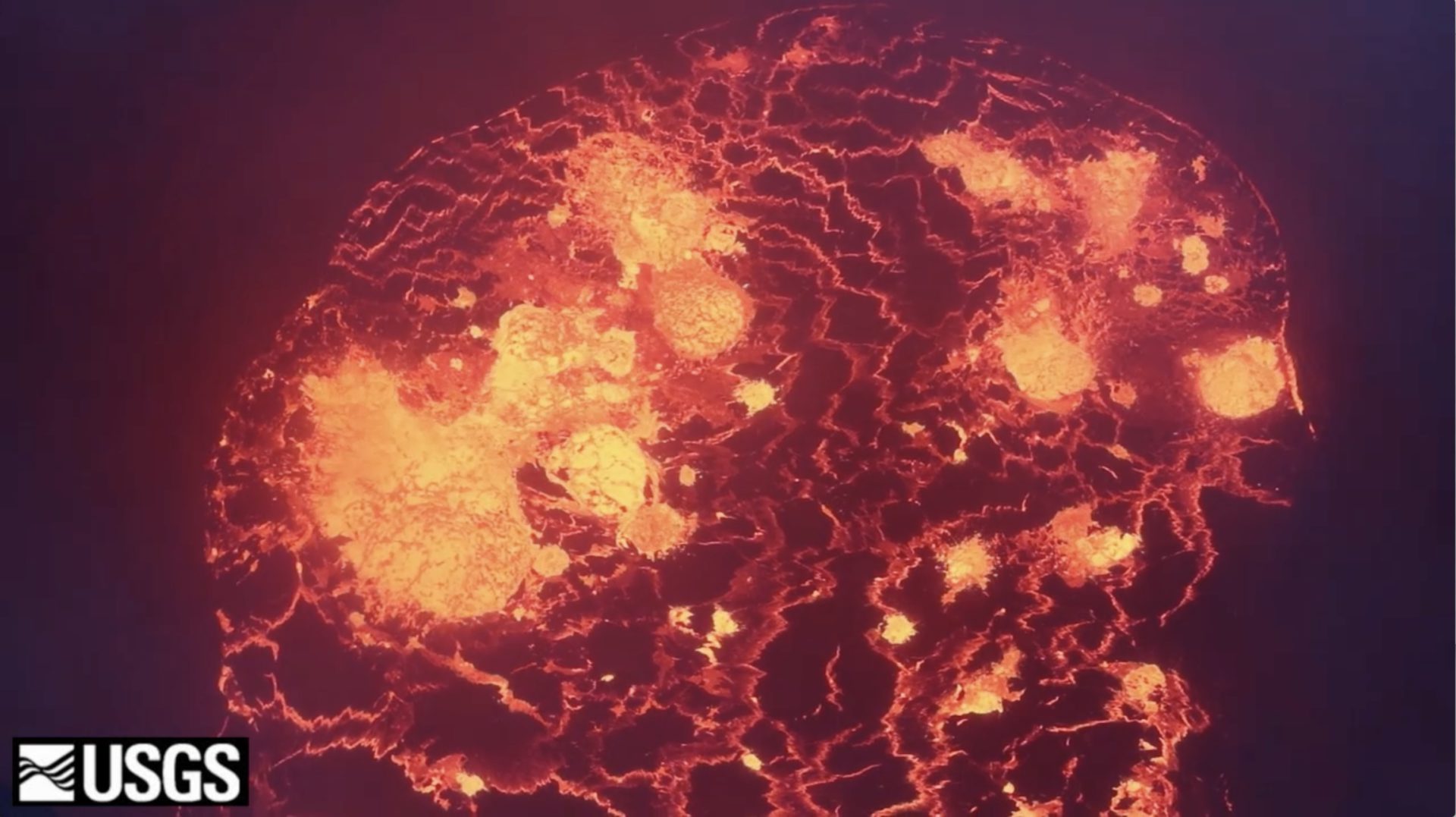 Image source: USGS Hawaiian Volcano Observatory (HVO) – Hawaii Volcanic Eruption 2018 Seeing an active lava flow is something that visitors will plan their entire trip to the Big Island around. It is an incredible thing to experience and most of the time it can be seen safely. This is not one of those times. Lava flows are how the islands were formed and are a natural part of the landscape. The disaster part of this natural occurrence only gets tacked on when it is negatively affecting people. The lava flows due to the current eruption are restricted to the southeastern flanks of the volcano. Unless you are in the Puna district, there is basically no chance lava will be heading your way while on the Big Island.

What You Can Do To Help – Hawaii Volcanic Eruption 2018

For anyone looking to help with the relief efforts, the Red Cross is accepting food and monetary donations, Child & Family Service is raising money to assist with housing and counseling services and First Hawaiian Bank has established the Aloha for Hawaii Fund to support relief efforts in response to the eruption and flooding.

Map of Where Lava was Last FlowingView Lava Map