The Chinese New Year was traditionally the most important festival every year. The entire household would become fixated on the celebration and work life would nearly come to a stop, allowing all to make home and family the primary focus. Households are thoroughly cleaned to appease the gods coming to make inspections. The new lunar year is celebrated annually from mid-January to the waxing of the full moon in mid-February through a variety of unique traditions. The Chinese community gathers, often wearing the symbolic color red, to bring good luck and to have prosperity in the coming year, exchange red envelopes with cash gifts, and participate in festivals with parades, music, dancing, and fireworks. During the first five days, celebrations involve eating long noodles as a symbol of living a long life. Extended families share a meal together that includes a fish course not meant to eat as a symbol of abundance. And finally, on the last day of the New Year, dumplings in the shape of the full moon are shared to symbolize the family unit. 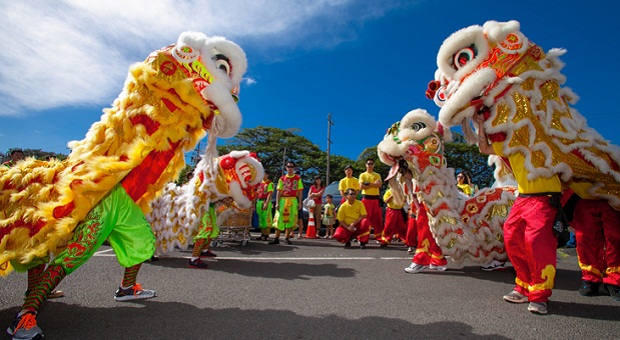 Where to Celebrate in Hawaii

You can celebrate the Chinese New Year throughout the islands of Hawaii. Here’s a list of popular events:

How to celebrate As a Native