PSA: Be Wary of Online Reviews 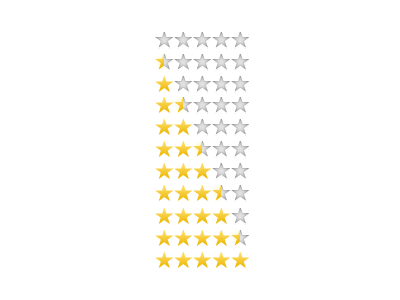 So, I was reading an article in The New York Times about online reviews. The title was “The Best Book Reviews Money Can Buy.” It was about how reviews on Amazon.com and others are often faked reviews that authors and publishers actually pay for. Whole companies exist to seed reviews. It’s not Amazon’s fault or any of the other sellers. They have policies against such sleazy tactics. But it’s hard to police all of their products. (For the record, every review that’s ever been written about our books has been from our readers, and we have never paid for a single review. And the blurbs that appear on our own website are all taken from readers who have reached out to us.) While I don’t want to toot our own horn (that’s not true—I AM tooting our own horn) I’d like to put something in perspective. In this day of easy-to-access online reviews from countless sources, you can get “ratings” for nearly every company out there. What you get from our reviews is a single source, beholden to none, and with a comprehensive exposure to all of the companies. There are two critical shortcomings to online reviews. One is that you don’t know the source or agenda of the reviewer. Nearly every company that offers a service to the public thinks they are doing a good job. (But as you know, not everyone does.) So who can blame a company for trying to rig the system by seeding good reviews of their company at every opportunity or having friends write good reviews? Many also encourage satisfied customers to write favorable online reviews (obviously not encouraging unhappy customers to do so). But maybe their enemies or competitors retaliate with bad reviews. The point is, you never really know where those reviews come from, and it’s almost impossible to reconcile terrible reviews right next to glowing ones for the same company. Which do you believe? The other problem is a lack of a frame of reference. A visitor to Hawaii goes on a snorkel boat and has a great time. (Hey, he snorkeled in Hawaii, swam with a turtle—cool!) When he goes back home, he posts good reviews all around. That’s great. But the problem is, he only went on one snorkel boat. We do ’em all. If only he’d known that another company he didn’t even know about did a much better job, had way better food, and a much nicer boat for the same price. We are also blessed with hundreds of thousands of readers—from our books as well as our smartphone apps—who alert us to issues with companies and places. Unlike online sites, we don’t just post and forget. We check it out! Every single message from our readers is received, placed in a special database that we constantly have available while we’re out and about, and we personally follow up on every observation made by our readers. So when we walk into a business or restaurant, we check to see what our readers say and tips that they send us, and we use them to our advantage. (Thanks for the head’s up to that incredible coconut cake at so-and-so restaurant—I know what I’ll be ordering for dessert today.) With such a resource, and after two decades reviewing companies in Hawaii full-time, there ain’t much that’s gonna get past us.