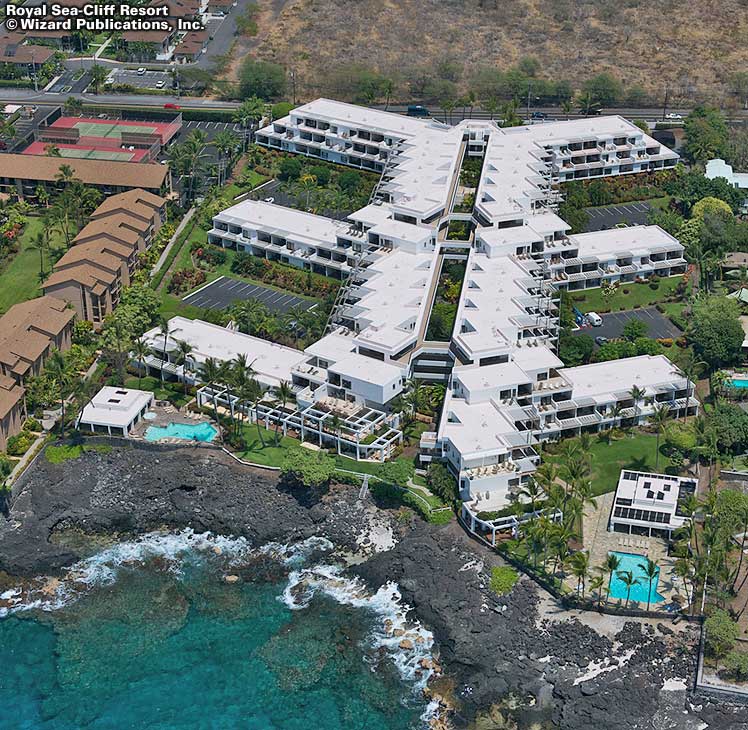 This condominium is run similarly to a hotel, though units are individually owned and half are timeshare. Condos are fairly large. Note from the aerial photo that the middle rooms, though many are called “Partial Ocean View,” have poor ocean views. (Think of the resort as a tree and try to get a room on a branch, not the trunk.) Also, since the floors are stair-stepped, upper-floor units look down on the lanais of the floors beneath them. So behave yourself on the lanais, unless you’re at the top. Some of the rooms could use some updating, others have been updated, but none are in poor condition. Be sure to bring your sunglasses as the reflection off the white paint on the buildings can be blinding. There is an Aloha Party once a week with pupus. Their price spread is pretty significant but they have lots of packages available, so you shouldn’t end up paying rack rates. Studios (600–650 sq. ft.) are $145–$275, 1/1 units (850–925 sq. ft.) are $175–$389, 2/2 units (1,100–1,300 sq. ft.) are $199–$409. 2-night minimum.