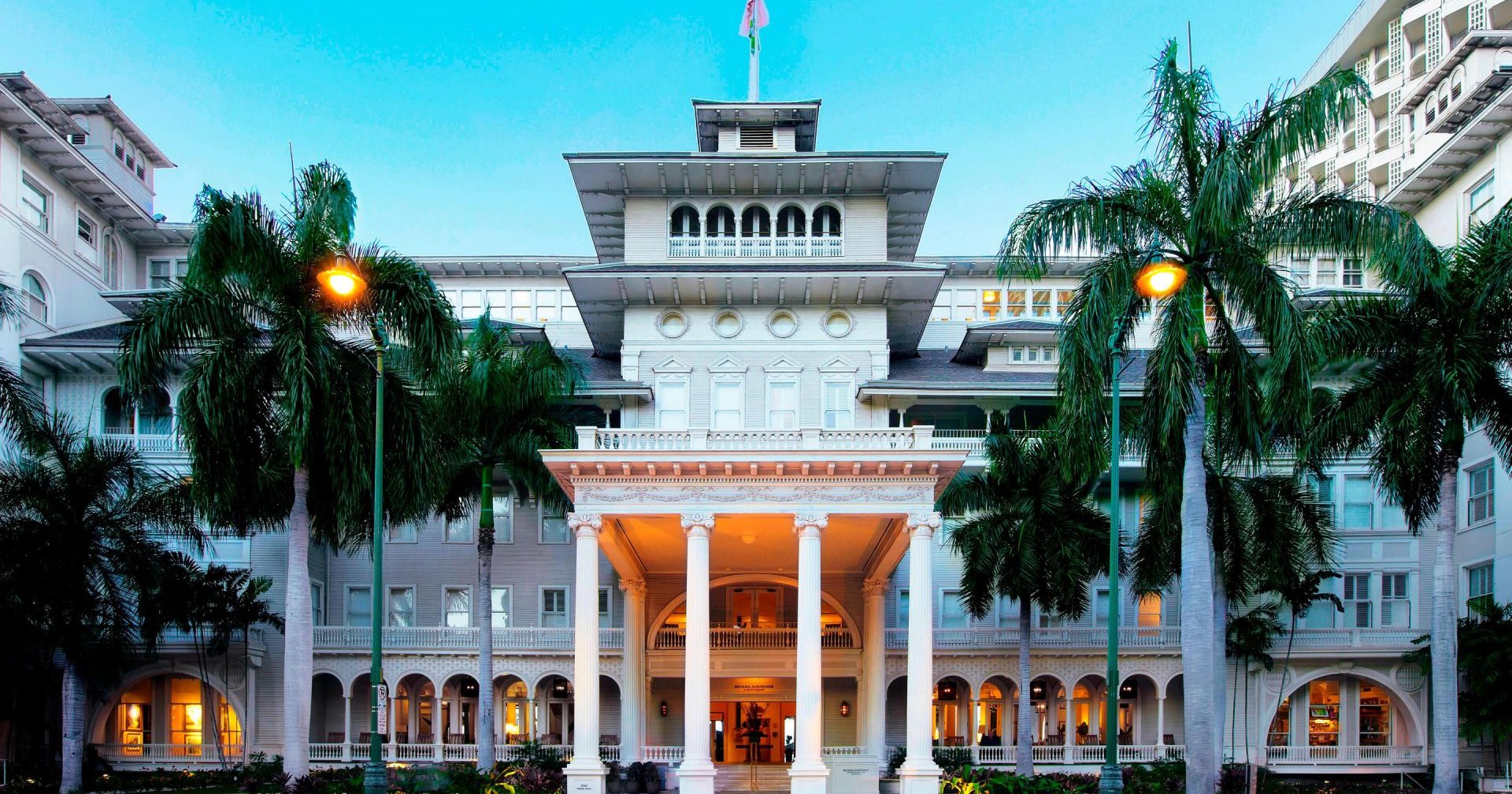 This is one of Waikiki’s most historic hotels, originally opened in 1901, and the second floor has a nice display describing the legacy of this establishment. Their three buildings surround a century-old banyan tree that lends an air of timelessness to the ambiance. As an early player in Waikiki, their location is among the best on the beach. The most recent renovations are tasteful and in keeping with its architecture. Even the Banyan Wing rooms are now a tasteful blend of modern Hawaiian decor and convenience in a historic setting. The buildings are compact enough that you won’t have to do much walking (except to where your car is parked behind the Princess Kaiulani). You have signing privileges at the other Starwood resorts in Waikiki. The oceanfront rooms labeled Diamond Deluxe Ocean are the most recommended. The views are amazing with the sound of the ocean ever-present. Banyan Classic Ocean rooms are a mixed bag since some labeled this way don’t face the ocean head-on. Upper Tower Premier Ocean rooms are best closer to the ocean. Avoid rooms nearest Kalakaua Avenue, especially in the Banyan Wing—traffic noises might be more than you’d expect, and the old windows there allow in lots of sound. In fact, if you’re not going to spring for the admittedly overpriced oceanfront rooms, consider staying elsewhere. The Standard and City View rooms are a real disappointment. There are almost no lanais in the Banyan Wing, and only the ocean side of the Diamond Wing has lanais. Some rooms in the Banyan Wing have showers but no tubs. They all have the trademark Heavenly Beds. Their oceanfront Beach Club is available to guests for an additional $125 per room per day for up to two adults and two children. (With some room categories it’s included with your stay.) It offers free continental breakfasts and afternoon pupus, as well as free beer and wine. It’s open from 6–10 a.m. and again from 5–8 p.m. It’s accessible from 10:30 a.m.–4:30 p.m. and 8–10 p.m. via room key (with limited services) and has internet access, a large screen TV and plenty of seating. A great place to relax and grab a snack or juice. They have many activities on-site from cultural to historical to keep you busy. There is nightly entertainment in the Banyan Court and in the lobby. The pool has cabanas available for $110 per day. There are free chairs by the pool, but they are limited to one-hour usage (and they actually kick you off), so you may need to rent a beach chair for $15 per day with umbrellas going for $55 per day. (Maybe just go buy some at Walmart.) The other odd part of their pool and beach services is that they close between 5:30 p.m. and 6:30 p.m., depending on the season. So why the Real Gem rating? It refers to the grand beachside location and assumes you’re in an oceanfront room. In general, you’ll be happy with the oceanfront rooms here. After our stay, we left this hotel feeling delightfully relaxed—until we got our credit card bill. Starwood Preferred members get discounts off the rates listed. Rooms (222–348 sq. ft.) are $635–$1,525, suites (460–788 sq. ft.) are $3,475–$8,050. 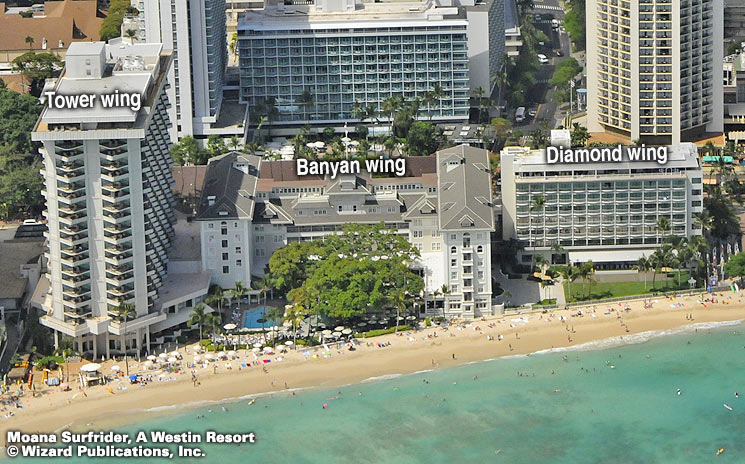